In June 2007, the first commemorative events of Alpine Peace Crossing took place. In the 15 years that followed, the project has continued to evolve: APC has responded to new social challenges, brought long-suppressed issues into the public eye, and facilitated unique encounters between people of different generations, origins and biographies. Many ideas have become reality in the past 15 years – thanks to the valuable work of volunteers and numerous supporters of APC.

The first commemorative hike across the Krimmler Tauern in June 2007 marks the birth of APC. It is the first large-scale initiative in Austria to bring the story of the flight of Jews in 1947 out of oblivion. The dedication of a memorial stone at the former Givat Avoda camp in Saalfelden, the dialogue forum in Krimml and the hike over the pass receive a lot of public attention. Among the 150 participants are also the 94-year-old Marko Feingold from Salzburg, as well as ten contemporary witnesses from Israel. 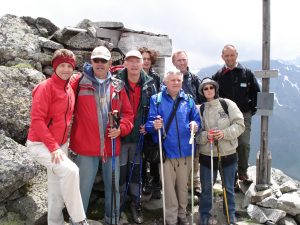 In 2007, the first APC commemorative hike led 150 people over the Krimml Tauern, including contemporary witnesses and guests from Israel 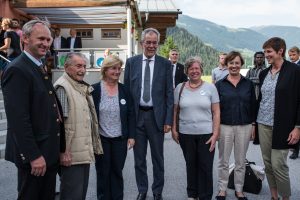 In 2017, Federal President Alexander Van der Bellen and Marko and Hanna Feingold are also guests at the bridge-building event from history to the current treatment of refugees

The annual Dialogue Forum and the Remembrance Hike remain at the heart of APC’s work to this day. They offer a unique framework for combining the discussion of anti-Semitism, expulsion and flight in the past and present with direct encounters. In addition to participants from Israel and the USA (including contemporary witnesses and their descendants), people from Austria also have their say, recounting their experiences of flight from Syria, Afghanistan, Somalia and Sudan, for example. APC also organized new encounters outside of Austria, for example in the form of a student exchange with Israel in 2010 and 2013. 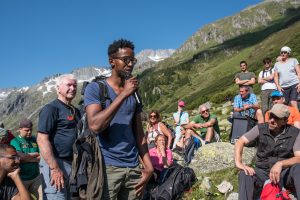 Participants at the APC memorial walk talk about their own experiences of flight (c) M. Nachtschatt 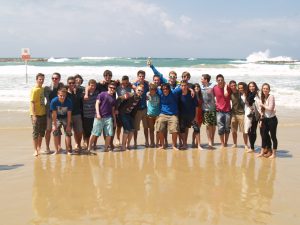 In addition to active remembrance and commemoration work, APC also deals with flight and displacement in the present. Against the background of the beginning civil war in Syria, APC started several social projects in 2011 to directly help refugees. In the process, several hundred thousand euros in donations were collected and used for education, security deposits and housing assistance, health and psychotherapy, international disaster relief and awareness-raising. For example, in 2015, under the title “Artists for Syria”, around 66,000 euros were set up for internally displaced persons and family reunification. Since 2020, the social track has been continued via the association “APC-Help”. 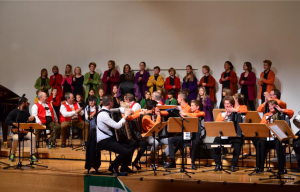 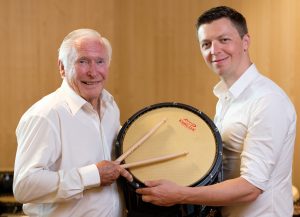 Commemoration along the way

For a better understanding of what happened in 1947 on the route from Krimml to Kasern in the Italian Ahrntal, seven pyramids were erected in 2013. They mark stages of the commemorative hike and provide information in several languages about its historical background. Four years later, in the fall of 2017, the inauguration of the “Hain der Flucht” followed. At 1,750 meters above sea level in the Krimml Achen Valley, 49 trees, two natural stones and a pyramid are dedicated to all people who fled. They honor and connect refugees, activists and people who stand in solidarity with them. 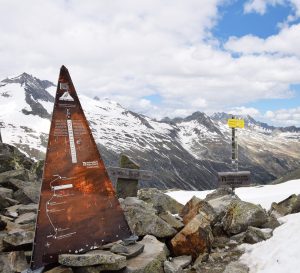 Since 2013, seven pyramids along the escape route from Krimml to the Tauern Pass have commemorated the events of 1947 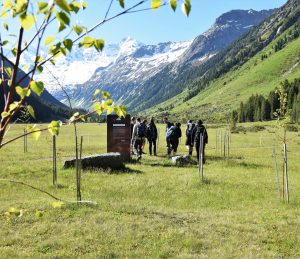 Escape has many faces: Der Hain der Flucht, to be seen at the – Corona-conditioned virtual – commemorative walk 2020