In Austria there are numerous initiatives and associations dedicated to important commemoration and remembrance work. In a recurring column we would like to present one of these initiatives in an article each time. In the current issue of Alpendistel we present the Graz-based association CLIO.

An article by Caroline Huber. Translated by Hilde Mayer

The CLIO association has been doing historical and educational work in Graz since 1995. The name comes from Greek mythology. As one of the nine muses and daughter of Zeus, Clio was given the art of writing history. The association was founded by the writer Thomas Karny, the historians Margit Franz and Manuela Fritz, and the historian Heimo Halbrainer. The goal was to scientifically reappraise the suppressed recent history of Styria, which was also treated only marginally by institutionalized historical research, and to discuss it publicly beyond the academic field. Initially, similar to Alpine Peace Crossing, the focus was on hiking and the proverbial tracing of history, such as walking in the footsteps of the Styrian partisans or visiting places where Jewish life in Graz was constituted 100 years ago. In the course of time, numerous exhibitions, symposia and lecture series on contemporary historical topics were added.

“Initially, similar to Alpine Peace Crossing, the focus was on hiking and the proverbial tracing of history.” 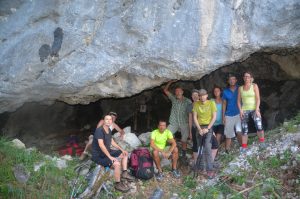 Hiking in the footsteps of the partisans

An own publishing house

In 1998 CLIO founded its own publishing house, with the aim of making current discussions accessible to a wide audience from its own work. Since then, numerous books and writings have been published on topics such as resistance to National Socialism, flight and expulsion of the Jewish population, anti-Semitism, Nazi rule in Styria, Nazi and war crimes trials, and women’s history. In addition to the publication of books, the results of scientific conferences are discussed in the scientific series CLIO Historical and Sociopolitical Writings and Publications of the Postwar Justice Research Center. In addition, texts by forgotten authors are published in a series begun in 2008. In 2020, CLIO Verlag published the book “Sepp Filz – Walz, Widerstand, Wiederaufbau” . It describes the story of a Styrian partisan who fought against the National Socialists and promoted reconstruction in Leoben after 1945.

Walking tours and historical city walks are also organized on a regular basis. Most recently, in September and October 2020, the walk “Schritte durch Graz” (Steps through Graz) took visitors to places of perpetrators, victims and resistance to National Socialism from 1938 to 1945. The walk took place in the context of the opera “Die Passagierin” by Mieczysław Weinberg, which was performed at the Graz Opera and based on the book by concentration camp survivor Zofia Posmysz.

The scientific interest of the CLIO association is the question of the scope of action during the time of National Socialism. The focus is on remembering suppressed contemporary history and making visible the people who stood up against the Nazi dictatorship, stood up for their convictions and resisted Nazi atrocities in an inhumane time. With its events and publications, CLIO has played a leading role in closing gaps in the Austrian historical reappraisal.

“The focus is on remembering suppressed contemporary history and making visible the people who stood up against the Nazi dictatorship.” 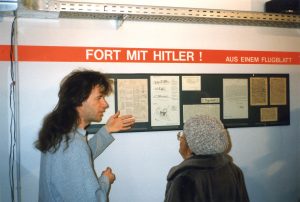 Information on the author: Caroline Huber is an educator and board member of APC.