Katarina Peović in conversation with Matthias Schreckeis and Jakob Gruber

Katarina Peović is a member of the Croatian leftist party Workers Front and is the party representative in the Croatian parliament. She is also a professor at the Cultural Studies Department at the University of Rijeka.  Jakob Gruber and Matthias Schreckeis invited her to an Interview in order to talk about Croatian remembrance politics early in 2021.

In September you inquired with the Minister of Defence, whether it would be suitable for the new University of Defence to carry the name of Franjo Tuđman. After this, other members of the parliament reacted very hostile towards you. Could you tell us a little bit about this incident?

I was just quoting the final judgement of the International Criminal Tribunal in The Hague (Den Haag). This judgement established the existence of a joint criminal enterprise, aimed at ethnic cleansing of parts of Bosnia and Herzegovina. It was not a judgement of Franjo Tuđman himself, as he had already passed away, which released him from all charges. However, the tribunal clearly stated that Tuđman, among others, was to be held responsible for this joint criminal enterprise. I was just posing one humble question, whether a namesake such as him would be suitable for a new University of Defence. Other members of parliament reacted very harshly towards me and even tried to remove me from parliament. And what was really pathetic, was that this was not only the reaction of the right-wing, but also of the so-called „left-wingers”, the Social Democratic Party. One member of the SDP tried to interpret my words as some kind of attack on Croatian history and as a revision of Croatian history. This shows how bad the climate regarding our remembrance politics is and how we interpret certain figures of our past. A few decades ago, the reaction to my quoting of the final judgement would not have caused such harsh and irrational responses because the problematic relationship regarding the war in Bosnia and Herzegovina was less publically disputed then. Whereas today it has become an unquestionable fact in our public discourse that there is no negative dimension of Tuđman’s politics. This is obviously something dangerous, although many in Croatia know that this revisionism is not factually correct. I would say that many know that we have to be more specific and critical towards the role of Croatia in those days. 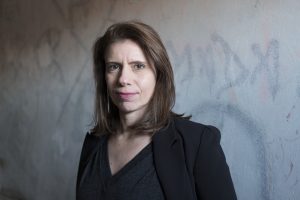 Infobox Tuđman: Franjo Tuđman was the first elected president of Croatia and is considered as the founder of modern day Croatia. After high decorations as a partisan general in the Second World War he became renown as a nationalist critique of the Communist Reign in Yugoslavia in the 1960s. His role in the rise of nationalism in the region of the former Yugoslavia is considered quite significant. Under his presidency corruption and nepotism prospered. He also opposed efforts to modernize the Croatian legal system, especially concerning war crimes.  Nevertheless, he is still idolized as “father of the nation” in modern day Croatia.

On the other hand I was supported by antifascist groups, and even war veterans from our recent war (1991 – 1995) stated their open support for me.

You mentioned that the public discourse about remembering changed in the last few decades. How would you say did it change and who are the main actors in remembrance culture and politics?

While we see the rise of the uncritical approach towards our recent history related to Franjo Tuđman, we had some very interesting and important changes within our politics targeting our war past and our relation to it. This is especially important with regard to our relation towards nationalism and this nationalist conflict between Croatia and Serbia. I would say the HDZ, the Croatian Democratic Union, undertook some important steps toward a reconciliation of this conflict. The era of extreme right-wing politicians who openly celebrated the fascist movement in Croatia during World War II is now gone, at least when we look at what ruling parties and state officials are doing.
There were gestures of reconciliation between Croats and Serbs in the public space. An example of this would be the visit of the Croatian minister of the Croatian veterans to the place where innocent Serbian civilians were killed. Furthermore, representatives of Croatian Serbs commemorated places where Croatians were killed. This conciliation is also related to the Independent Democratic Serbian Party becoming part of the ruling majority. The coalition between HDZ and the Independent Democratic Serbian Party surely brings some important gestures.

On the other hand, this coalition faces very harsh oppositional attacks from very dangerous, some would even say terroristic, movements. These groups are proposing violence towards the left, towards Serbian minorities and their representatives, and also to both the former and present government because of their alliance with the Serbian minority. So it is difficult to say whether we are heading towards a better future in that respect or whether things are getting worse day by day. Looking at economics in Croatia, however, I would say we are in a dire position at the moment. Poverty is growing, we have a very low percentage of employed  people and very low and poor wages. This poverty is related to right-wing movements and governments across Europe. It is not something specific to Croatia but a general problem of capitalism.

No, there is no consensus, definitely not. But there are many historians that are pointing to the fact that we need to approach questions such as this rationally. And I would say that those historians are positively framed and that they are real scientists who are considered relevant historians by the public.

On the other hand, there are right-wing historians, who try to work out new dimensions, new historical truths. But again  this historical revisionism is coming from the European centre and is not something specific  to Croatia or the “Eastern” parts of Europe.

This historical revisionism is coming from the European centre and is not something specific to Croatia or the “Eastern” parts of Europe.

One major difference between Austria and Croatia is the existence of partisans, since in Yugoslavia there was a strong antifascist force. What role does the remembering of partisans play in Croatian politics nowadays?

Partisans are pictured in a problematic manner, especially in school curriculums. Our school curriculum is full of framings, where partisans are pictured as totalitarian. They depict  the partisan movement as some kind of fraud. This is a dangerous and not de facto correct description of communists or partisans, but as I said, many historians within the scientific community are familiar with these problems and those historians are focused on reversing these trends. I would name Hrvoje Klasić as an example for a historian, who is working on this particular problem. 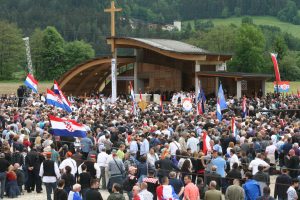 In Austria, when we speak about Croatian remembrance culture, one of the most prevailing topics is Bleiburg/Pliberk. During the presidential elections in Croatia, all candidates were asked what they think about Jasenovac and about Bleiburg/Pliberk. What role does the commemoration in Bleiburg/Pliberk play in the public discourse?

This is only an important topic during election times. Having said that, this is a dark moment in our public space. Bleiburg is financed by the government and this is the main issue. The Croatian government is financing folklore, where Ustašas are marching in daylight and this is a problem. And our government will finance it again even though we are in the middle of a pandemic. They are giving 500.000 Kuna to the Bleiburg commemoration, which is the same amount of money that goes into the commemoration of the victims of Jasenovac. This relation, of course is very incorrect. Victims of Jasenovac were innocent victims. This equalization of victims is part of a problematic historical revisionism. Those that are commemorating, are not only commemorating victims but framing the Ustaša as part of the Croatian army. But it is the other way round: partisans were the Croatian army.
However, we always need to stress the fact that this is nothing specific to Croatia. We, as well as the EU, have these declarations that try to equalize and put an equation mark between fascist and Nazis on the one side and Communists and Socialists on the other side. I do not want to say that the Soviet Union or Stalinism do not need to be criticised and be portrayed in a historically correct way. But you cannot equate them because those were completely different systems. You have the fascist and Nazi movemment which were promoting a vision of social inequality and racist and antisemitic laws. And on the other hand you have the communist movement which at least started with a bright vision of the future and ended in Stalinism.

So this equation is very dangerous, not only from the point of view of a historical purism but also because you are erasing the possibility of democratic socialism, a vision of a better future. You are actually stating that this kind of neoliberal capitalism that we are living in this moment is the only way and that this could not be challenged. This narrative is something that we as Europeans, as a community that is interested in changing things for the better, should challenge.

This narrative is something that we as Europeans, as a community that is interested in changing things for the better, should challenge.

Ways of remembering are always intertwined with public hegemonies and discourses that are again strongly connected to the socioeconomic sphere as you already mentioned. What would you say are perspectives for the future?

First of all, I would say that we need to challenge this commonly stated argument that there is no other way. We need to challenge this perspective that on the capitalist periphery everyone rejects their responsibility. Everyone believes that the rich countries of the center need to do something and their progressive politics need to make a change. But this is not happening. We need to act now and everywhere, in every socio-geographic part of Europe. We need to act according to the fact that changes can only happen if all actors at the same time change things on a global level.

Of course we also have to do small things and steps. For example, becoming a parliamentary party in Croatia is not something globally important, nothing that will change politics globally but it is a step forward, a step ahead towards our goal. It is not important how small the step is as long as it helps to change public discourse.

Maybe this is a short answer for a global problem that you ask me about.

Well thank you very much for this interesting insight. Hopefully we will meet at some antifascist event in Austria or Croatia.

Definitely. Transnational Solidarity is something we need to build. Two years ago, we were demonstrating against the Bleiburg commemoration together with Austrian antifascists. We need to build these connections as a movement and change things together.